The ACDS Board of Directors is the fiduciary body, responsible for governance of the ACDS and stewardship of its assets. It is empowered to act on behalf of the membership within the framework of the organization's bylaws and is legally, ethically, and morally responsible for performing its functions.

Beginning August 16th, the ACDS will be accepting nominations for three Board of Director positions. The ACDS Nominating Committee will select candidates to appear on the official voting ballot.

Directors
The three candidates with the majority of the votes will be appointed to the three open Board of Director positions. Each Director will serve for a three year term.

ACDS Board of Director Elections Timeline

Who is Eligible to Serve?

Board of Director Responsibilities

The ACDS board of directors is composed of five officers and nine directors. The president, vice president, secretary-treasurer, president-elect, and immediate past president, as a group, form the Executive Committee, which has additional powers and accountabilities.

In carrying out their responsibilities, the board must function well in eight areas of accountability: 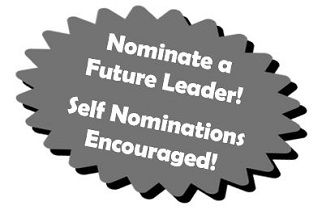 Availability, accessibility, ideas and a passion for change and growth are minimum requirements for ACDS board members. Board members are expected to attend the Annual Board Meeting, held the evening prior to the ACDS Annual Meeting. Other meetings are periodically held throughout the year including quarterly conference calls.

All ACDS members are encouraged to nominate a fellow member of the Society for election to the board of directors. Self-nominations are allowed and encouraged.

An appointed nominating committee is responsible for screening and evaluating nominees on the basis of professional, scholarly and administrative skills, and geographic representation, as well as activeness within the society including committee work and regular attendance at society meetings. The nominating committee will select two candidates for each position to appear on the official voting ballot.

If you, or someone you know, wish to be considered for nomination, we invite you to submit a nomination.

This website uses cookies to deliver to you the best experience possible on our website. By continuing to use this site, you are providing us with your consent to ensure you receive such an experience. View our privacy policy to learn more.